This is Yourban2030’s first project, and it is a monumental display located in Via del Porto Fluviale (Ostiense) in Rome.

Created by international artist Iena Cruz, this project is part of his already renowned and impressive portfolio of brilliant street art. Iena’s artwork places strong emphasis on environmentalism. This project at Ostiense is setting off increased public awareness about environmentalism in urban settings. 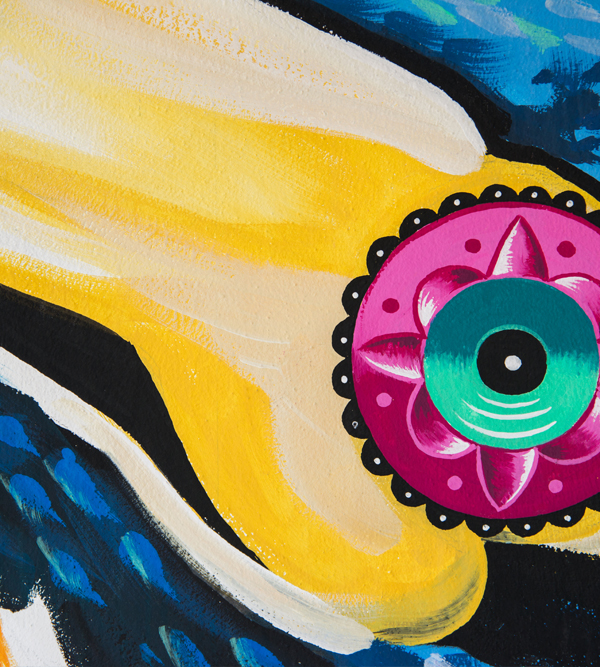 The aim of this project is to collaborate with international artists to increase the potential and scope of Yourban2030.
We believe that we can generate art along the same lines as the mural on Via del Porto Fluviale. We also aspire to develop ideas around how art can be used to promote environmental sustainability.

This mural is made from a special eco-paint that can actually break down atmospheric pollutants. This is possible thanks to a chemical process in the paint whereby pollutants are essentially captured and removed from the air, purifying it in a natural way.

This revolutionary technology is called Airlite, which is available for anyone to use. Tests show that Airlite may reduce air pollution by up to 88.8%, and can also eliminate bacteria from surfaces, repel dust, and neutralize odors.

It is a truly impactful solution. Consider this quick example: a surface space of 100m2 (one hundred square meters) painted with Airlite has the same positive impact on air quality as 100m2 of forest.

This solution is sustainable in two distinct ways: in the medium and in the message. 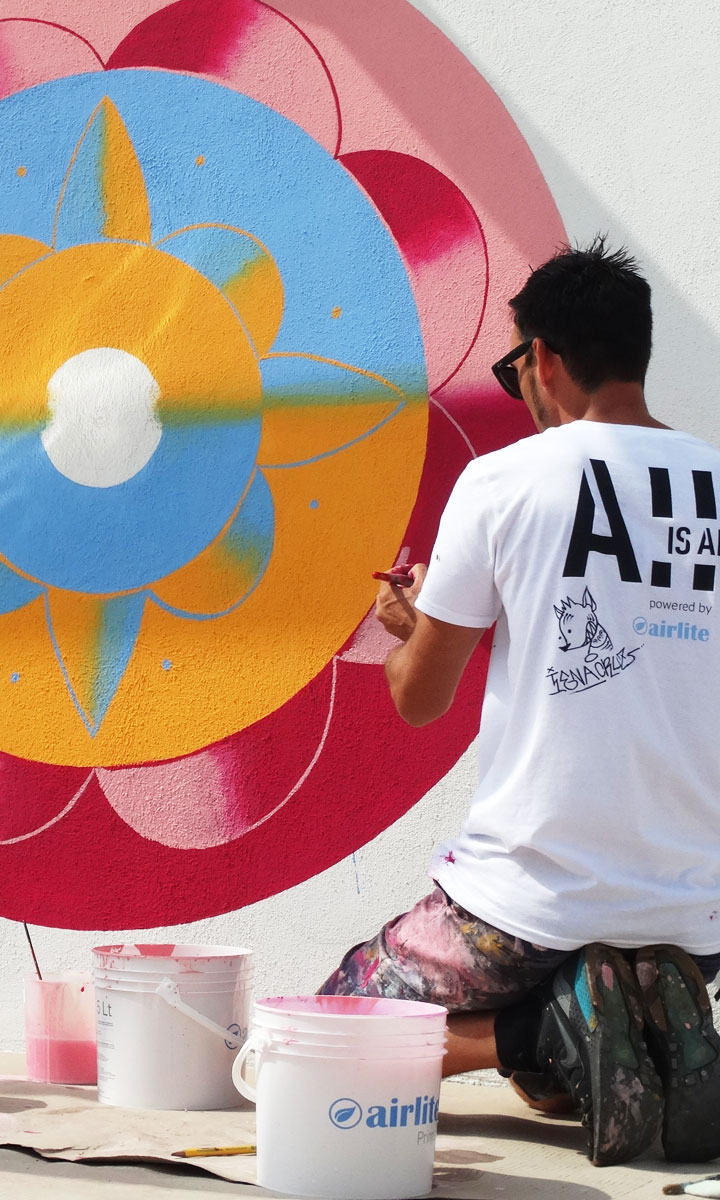 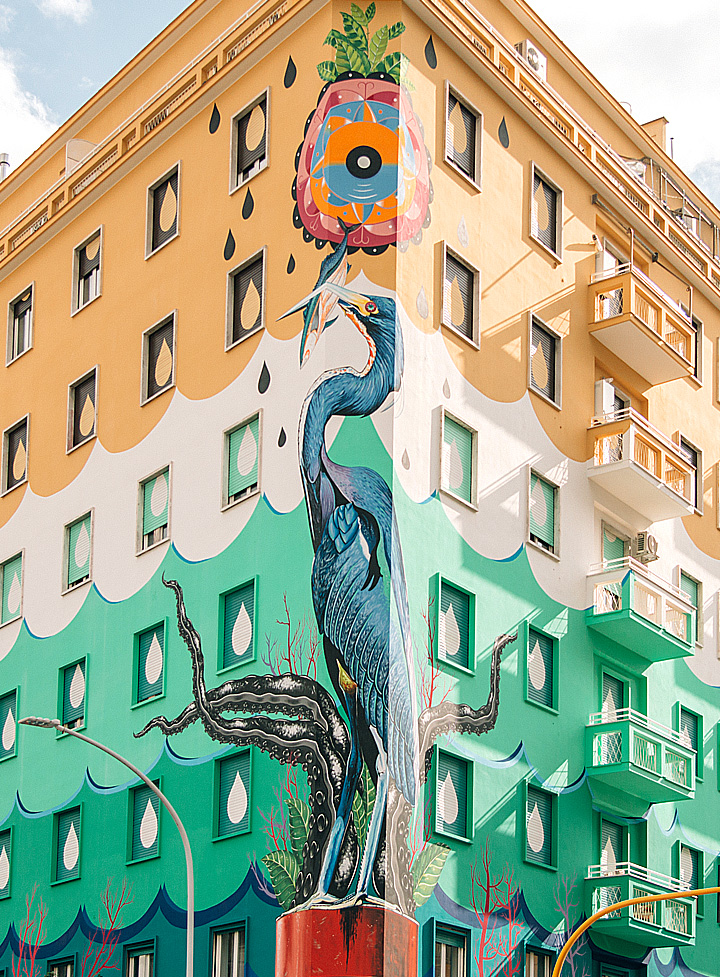 A globally recognized muralist, contemporary artist, and set designer, Federico Massa was born in Milan. During the 1990s, he used the street alias Cruz, and later Iena Cruz.

Massa creates striking murals not only in Rome, but also around the streets and neighborhoods of Bushwick and Williamsburg in Brooklyn. It’s possible to find quite a few murals bearing his name there, helping to establish Massa as a world-class artist.

Massa has a great deal of interest in conservation, and he often includes spectacular animals in his art. He typically works on a large scale and across complex surfaces such as apartment buildings, where there are windows and gaps to contend with, but he always achieves an elegant final product. His murals are a true testament to his skills and abilities. 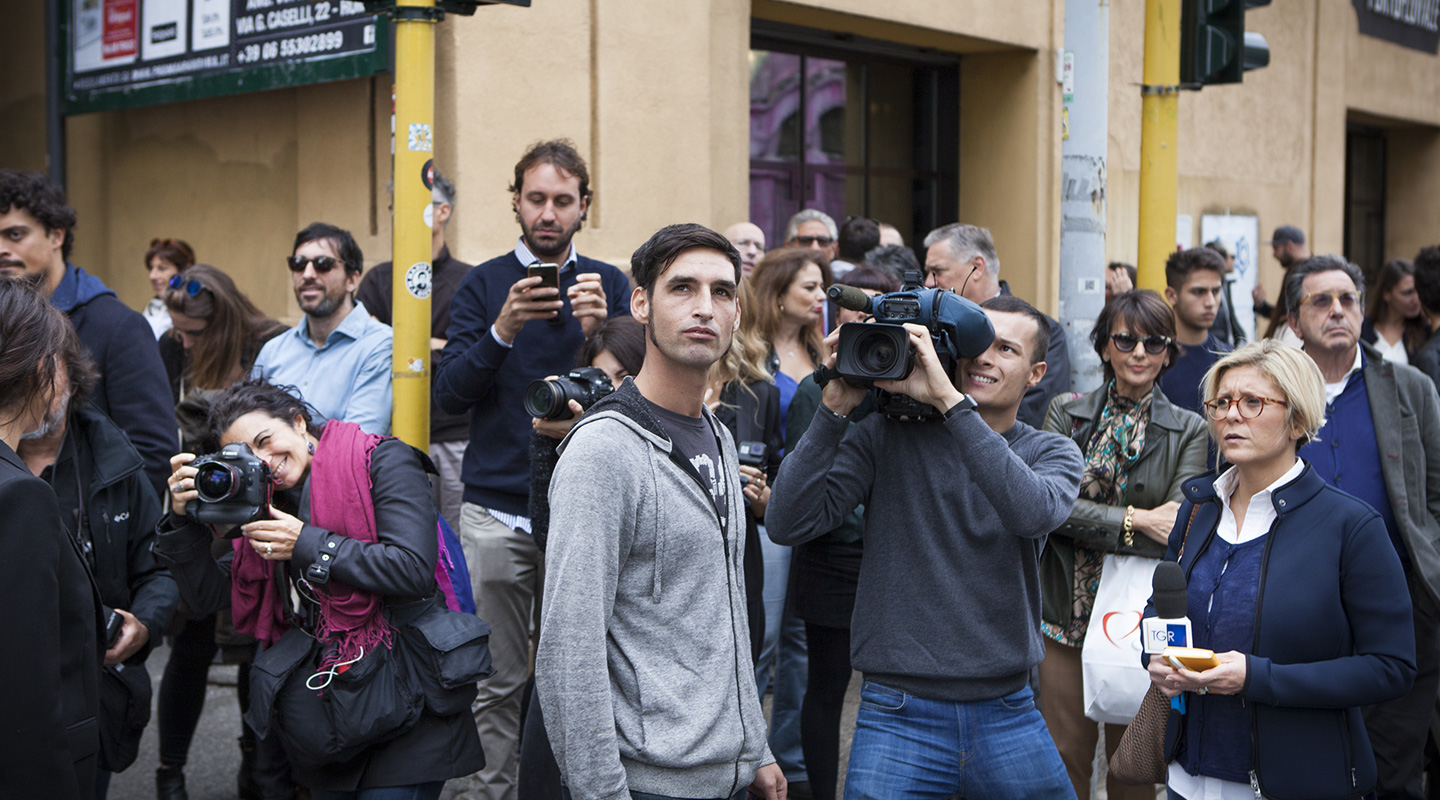 A step-by-step look at how the project was developed, from the setup of the scaffolding through to the formation of shape and color.

This docudrama by Riccardo Rabacchi follows the development of Iena Cruz’s work. Filmed in the Ostiense quarter, it provides captivating insight into the creation of the artwork while also helping us deepen our understanding of the techniques and methods used to create such monumental art.

The Ostiense district is well-known as an area for street art—a sort of open-air art museum through which we can hear the voice of each inhabitant. Hunting Pollution aims to highlight the potential for a new approach to urban art.

Image Hunters is a newly formed production company specializing in audio/visual production for film, television, and advertising. Founded in 2007, the company is managed by professional media producers—all of whom are under 35 years of age.

Since its founding, the company has established itself at the forefront of cinematic visual style and cinematography. Additionally, they have won numerous prizes for cinematography and narrative, including the David di Donatello and 2 nominations for the Nastri D’Argento prize, in addition to their participation in the famous Cannes Film Festival.

Image Hunters aim to promote and contribute to cultural development through initiatives such as the Rome Creative Contest, Shortsleague, Cinema Italian Style, and Spring Shorts.